It is well–known that the problem of Egypt’s origins has received, and still receives, the attention of many researchers as well as that of the general public interested in ancient Egypt. Toby Wilkinson’s book ‘Genesis of the pharaohs. Dramatic new discoveries that rewrite the origins of ancient Egypt’ seems to be destined to this second group. Otherwise, either the assertions on the ‘dramatic’ nature of the author’s findings in the Eastern Desert or the need of ‘rewriting’ the Early Egyptian history would not be easy to understand. This initial remark does not imply any demerit of the book, but simply tries to put it into the context of general diffusion, in which Wilkinson’s proposal proves to be particularly enjoyable.

‘Genesis of the pharaohs’ explores the rock drawings found in the proximities of Eastern Desert’s wadis, especially those which seem to come from the Nagada I phase of the Predynastic Period (ca. 4000-3600 BC), and the main thesis of the book suggests that their authors, groups of semi-nomadic herders, were the direct ancestors of the later pharaonic civilization. To demonstrate his point of view, Wilkinson proposes a journey that starts from a description of those rock drawings, and continues with a series of considerations about problems concerning their dating, main motifs depicted, identity of the artists, daily life and beliefs of those early inhabitants of the Nile Valley and adjacent regions. Read more... 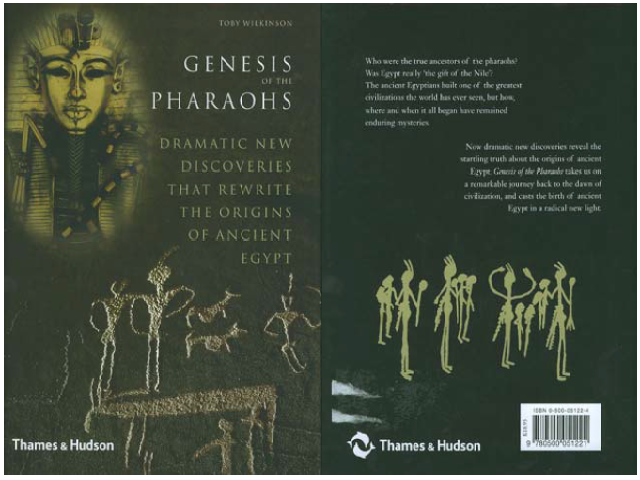