Michael Rice gives an uncommon view on the history of Egypt in this book. He analyses ancient Egypt from a Jungian (as in Carl Jung) point of view in order to explain the rise of the Egyptian culture and civilisation. Rice portrays the rise of Egyptian civilisation as being comparable to Sumeria and Elam, the rival neighbouring cultures who were in constant competition with each other. Rice suggests that these rose from earlier Neolithic cultures, such as those that built early cities like Çatal Huyük. Although he recognises the gap of about 3000 years between Çatal Huyük and Egypt, Rice nevertheless claims that the Egyptian civilisation was the (almost direct) result of Neolithic knowledge and ideas that was accumulated and preserved through the ages as a Jungian archetype. This archetype was then put into realisation by a handful of geniuses such as Imhotep, the architect, and Aha, the politician.

To explain how these ideas and the knowledge could have survived these 3000 years and blossomed again in Egypt, Rice defines the ‘collective unconscious’ that arose in early dynastic Egypt, leaning heavily on Jung’s ideas of individualisation and collectivism. To explain its success in the early dynasties, however, Rice proposes the “alpha male” concept as a base for pharaonic power(s), pointing out that governments built around a few powerful persons are evolutionary hard-wired, or, as Jung might have said, ‘the old man is a big ape really’. Read more... 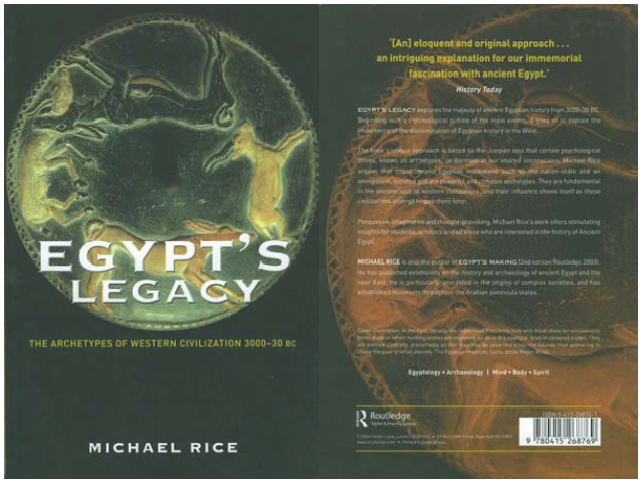