Controversies attract attention. Consensus is, after all, very boring. Hot debates and fierce competition are a healthy environment to push scientific knowledge forward. So, it is not surprising that a palaeontologist enthusiastically defending a not-so-mainstream idea about exciting fossils, such as dinosaurs, will attract considerable media attention. Controversy sells.

A new book by Keith Parsons on such controversies, “The great dinosaur controversy” promises to provide “a guide to th[ose] debates”. In chapters often not exceeding twenty pages each, the major controversies in dinosaur palaeontology are discussed at top speed. Were dinosaurs warm- or cold-blooded? Are birds flying dinosaurs rather than flying crocodiles? And what killed the dinosaurs? Were they killed by volcanoes, or did something fall out of the sky? Not surprisingly, Cope, Marsh, Darwin and Owen make their appearances, too. 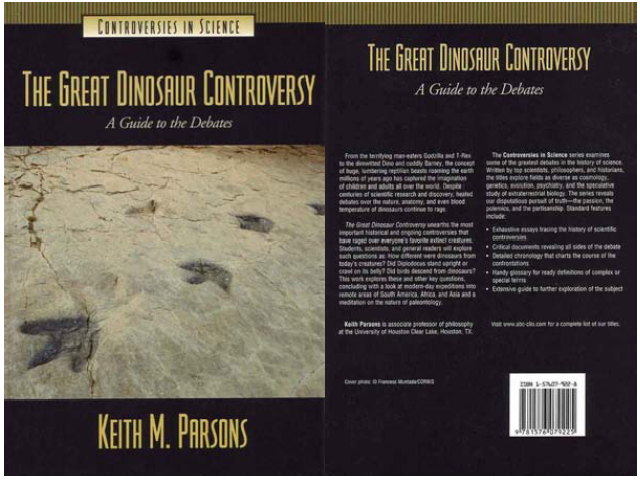